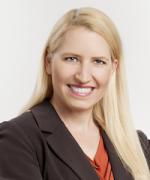 Burlingame condos are an anomaly in this suburb to the northwest of San Jose and south of San Francisco.

A southeast suburb of San Jose, Campbell is a part of Silicon Valley but is primarily residential city with an historic, small town ambiance.

Just west of San Jose and at the southern end of San Francisco Bay is Cupertino, California. While Cupertino's current notability is being home to Apple, Inc. world headquarters, the city suburbs were largely developed in the 1950s and 1960s. The city continues to attract technology and innovators to the heart of Silicon Valley.

East Palo Alto has a population of about 30,000 in a 2.2 square mile area and is located halfway between San Francisco and San Jose on the peninsula in South Bay.

Foster City, an affluent area, is considered one of the nation's safest cities. It also prides itself on all it has to offer residents. A newly constructed Teen Activities Center and Public Amphitheater, along with 19 parks with tennis courts, baseball and soccer fields, basketball courts, and biking trails are just a few of the amenities offered.

Los Altos, an affluent bedroom community, is very family friendly and prides itself on its many youth oriented sports organizations. Also, throughout the year, many parades, art shows, farmers markets, antique shows, and festivals are presented for the close-knit residents to enjoy.

Los Gatos is a southwest suburb of San Jose with a land area of 11.29 square miles nestled against the foothills of the Santa Cruz Mountains. About 30,000 people call this city home.

Menlo Park is one of the most educated communities in the state and has a charming town area just south of the neighboring Palo Alto and Stanford University.

Milpitas is north of San Jose at the northeast corner of the South Bay area between the 880 and 680 freeways, which run north and south through it.

Want to live in the bay area but live away from the urban hustle? Try Morgan Hill. This city of over 42,000 residents is 24 miles south of San Jose. Condos in Morgan Hill tend to be more of the townhome style, like Creekside at Morgan Hill and Solara Ranch.

Mountain View, located in Silicon Valley, is home to many of the largest technology companies in the world. Top employers include Google, Symantec, El Camino Hospital, and Microsoft. A pedestrian-friendly downtown and fabulous mountain views are also a plus to a very friendly city.

Palo Alto is 14 miles north of San Jose and is home to Stanford University and numerous tech companies including Skype, Hewlett Packard and Tesla.

During a revitalization of Redwood City, a 20 screen theater and various shops and restaurants were added in the downtown area. Another new addition is the beautiful courtyard with water fountains that lead to the steps of the courthouse. Beautiful condo communities with lakefront views can also be found in Redwood City. 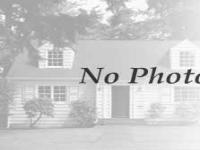 Redwood Shores is located on the San Francisco peninsula in the South Bay with many waterways and lagoons and is one of American’s top luxury residential communities.

San Carlos has a small town feel, with many condos and townhomes remodeled.

San Jose, the largest city within Silicon Valley, is located at the southern end of San Francisco Bay. Top employers include the County of Santa Clara, Cisco Systems, and IBM. San Jose is home to most of the highrise condos in the area, like the newer Axis and Skyline.

San Mateo has a population of approximately 100,000 people. Top employers in the area include San Mateo Medical Center, San Mateo-Foster City School District, and Franklin Templeton Investments. Places of interest in San Mateo include The San Mateo Performing Arts Center, The College of San Mateo, and the Bridgepointe and Hillsdale shopping centers.

Santa Clara is located in the center of Silicon Valley next to San Jose.

Sunnyvale is a thriving suburban city of about 150,000 with a mix of single family homes and low rise condos and townhomes.

Information Deemed Reliable But Not Guaranteed. The information being provided is for consumer's personal, non-commercial use and may not be used for any purpose other than to identify prospective properties consumers may be interested in purchasing. This information, including square footage, while not guaranteed, has been acquired from sources believed to be reliable.